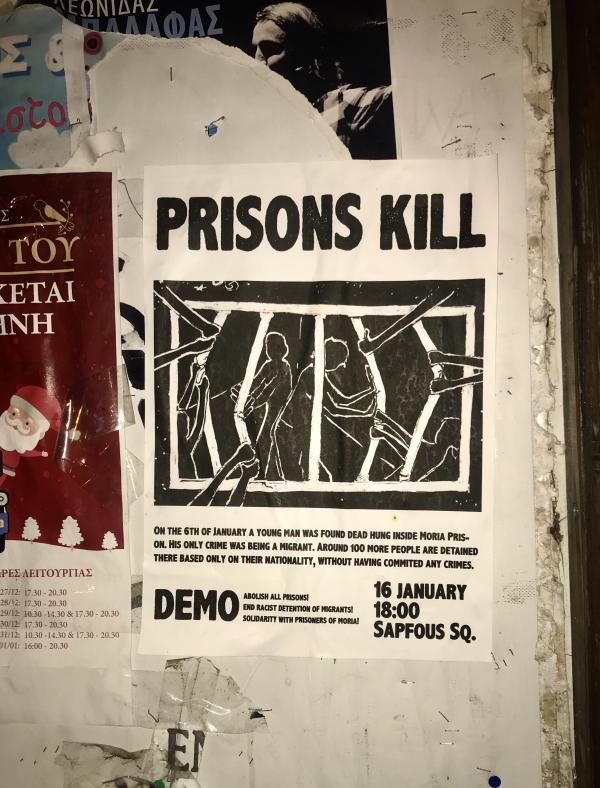 Last week a man was found dead in his cell inside the Pre Removal Detention Center. He hanged himself after spending two weeks in isolation. While in solitary confinement, even for the hours he was taken outside, he was alone, denied human contact with other inmates. For multiple days, the prison authorities locked him in his cell without allowing him to leave at all, according to other detainees based on what they could see. His food was served to him through the window in his cell during these days. His distressed mental state was obvious to all the others detained with him and to the police. According to other detainees, he cried during the nights and had threatened to harm himself in the past.  Also as far as they could see, no one visited him or provided him with psychological support.

Around 100 people are in the same prison, having committed no other crime other than being a migrant.