In the heart of Hebron: new Israeli settlement would have severe repercussions for the Palestinian community 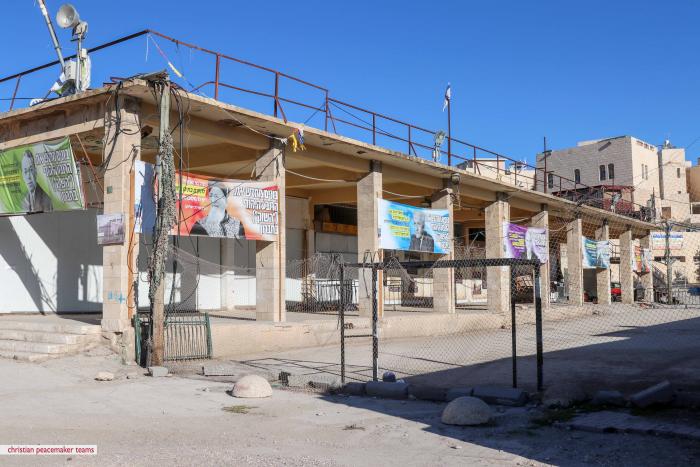 “I’ve always had the hope that Shuhada Street will be reopened to Palestinians and that we will be able to restore the shops and community life in that area,” says Abu Adam, who grew up in al-Khalil (Hebron). “My dad used to tell me stories of when he would shop from the vegetable market in the Old City. It’s hard for me to see that the life my dad experienced in his hometown, I am not going to experience. And there’s a possibility that the next generation won’t see that life either, because of the Israeli strategy of stealing land.”

Sufyan al-Junaidi was one of the dozens of merchants who operated a shop in the vegetable market before it was closed. “The army closed my vegetable shop by a military decision, and since then I have not been able to visit it, not even once,” Sufyan told media source Al-Monitor. Sufyan explained that his father began renting the shop from the Hebron Municipality in 1965. The market, he said, was once full of shoppers and visitors. “[Tons] of fruits and vegetables would flow into this important commercial area, but we have been denied access to it for decades,” he added.

The establishment of a new Israeli settlement would have severe repercussions for the Palestinian community: increased military presence, increased settler violence, and increased displacement of Palestinians. Settlements are illegal under international law: the Fourth Geneva Convention forbids the transfer by an occupying power of its people to occupied territory. The new settlement would also contribute to Israel’s creation of a settler-only corridor extending from the large settlement of Kiryat Arba, which is just outside Hebron city limits, to the Ibrahimi Mosque in the centre of the Old City. Abu Adam says, “We already have Palestinians who are concerned to visit or open shops in the Old City because of the military and settler presence. It’s hard for me to imagine a new big settlement being built in the heart of my city.”

The Hebron Municipality is currently in legal proceedings to protect the vegetable market property. CPT Palestine will continue to share updates on further developments. 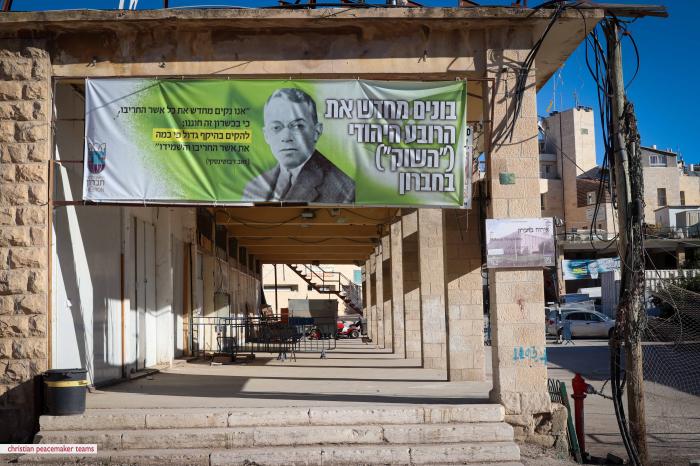 Picture of Ze’ev Jabotinsky, a founder of the right wing Irgun militia and Likud party.
Settlers: “We are building once again the Jewish Quarter (the market in Hebron)”
Jabotinsky: “We will build once again everything they destroyed in multiples of what it was before”