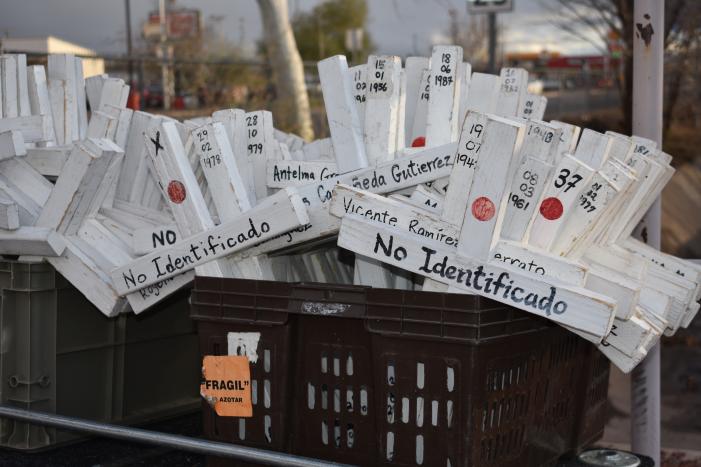 Pray with those in Douglas, Arizona who hold a vigil every Tuesday for migrants who have died in Cochise county trying to cross the U.S.-Mexico Border.

At the vigil, participants raise crosses with the names of the dead and yell out the names as the attendees yell, “Presente!”  For those who did not have identification on them when they died, “No Indentificado” is written on the cross. Then the crosses are laid on the side of the road in remembrance. At the vigil, hundreds of crosses line the street that leads to the U.S.-Mexico border.

The US policy to stop migrants has been prevention via deterrence. Around cities along the border, the U.S. has built the wall and increased border patrol; outside of the cities, the wall is incomplete and border patrol is sparser. U.S. policy has not deterred migrants, rather it has pushed migrants into the hands of smugglers and further into arid deserts and rougher terrain. U.S. policy has not deterred migrants; it has killed migrants.