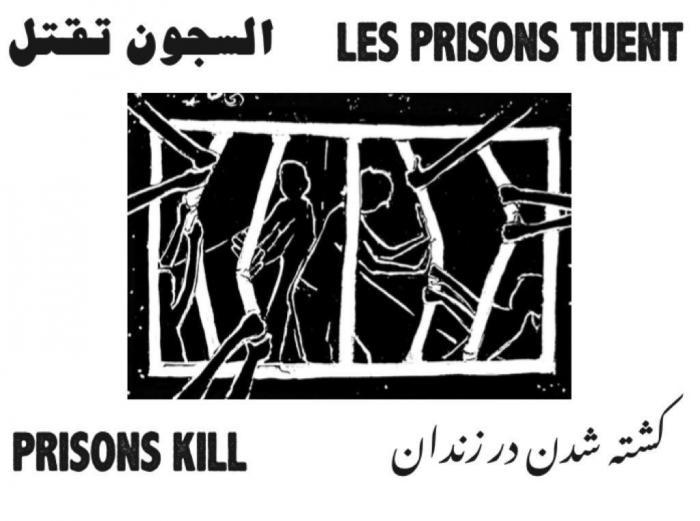 Poster from mobilisation on 16 January 2020, calling for release of all those held in PRO.KE.K.A,

Hold in the light those prisoners of conscience who have started a hunger strike in the pre-removal centre PRO-KE-K-A. They have been imprisoned there without committing any crimes.

As the COVID-19 epidemic has spread around the globe, many countries have released their prisoners in order to avoid an outbreak amongst their imprisoned populations. A hunger striker quoted by Deportation Monitoring Aegean (DMA) has said,  “All the world’s prisons have released their prisoners. We decided to die or freedom.” The police have responded by ridiculing the hunger strikers, intimidating them, and committing violence against them. Instead of being mindful of the COVID-19 outbreak and the rightful demands of the prisoners, the Greek government has placed a special police force in PRO-KE-K-A that has harassed and threatened the detainees. One detainee quoted by DMA said that the police have interrogated the prisoners and even beaten up one of them. Four hunger strikers have sewn up their mouths in protest.

Pray for the release of all the prisoners, detainees, all communities and individuals confined in pre-removal centres, detention centres, prisons, concentration camps and other restricting facilities.

Pray that those in power will meet the demands of the hunger strikers and that they will experience solidarity from the settled communities of the Aegean and Europe.