Out of sight out of mind 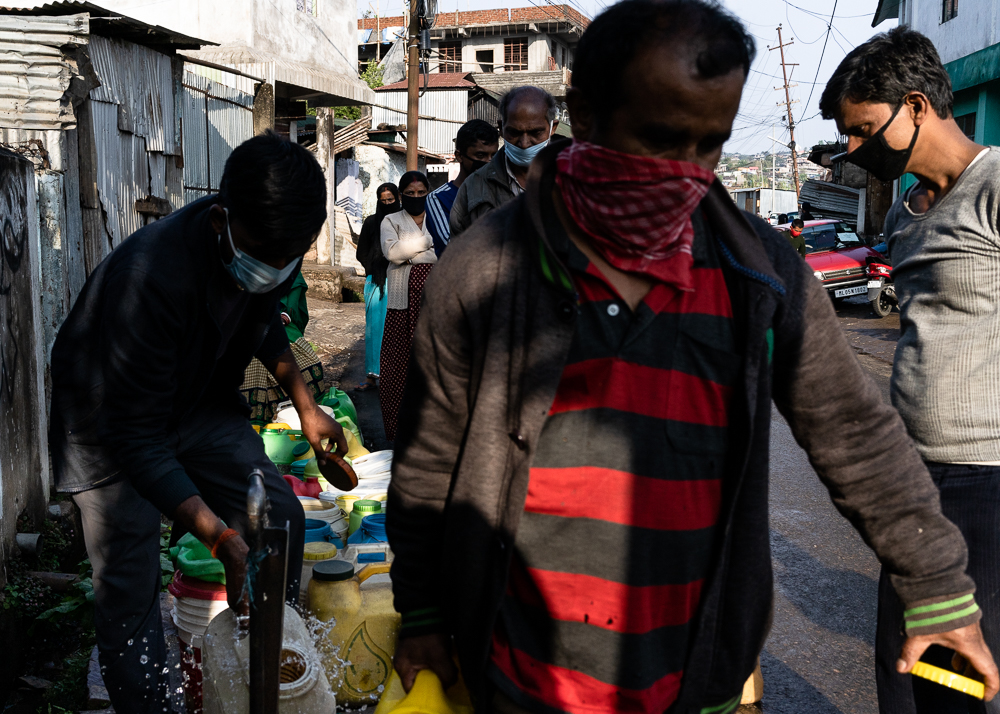 People wait in line for the daily ration of water in Shillong, India. Photo: Caldwell Manners

A virus didn’t differentiate between race, gender, age or class; our systems did.

My colleague once told me, “Most white people have reached the point where they are blind to their privilege because they were born into institutional racism.” I would add that it is not only racism but institutionalized intersectional oppression. We live in an interconnected world; race is only one part of it.

In the last few weeks, many people have been surprised by two items publicized in the media:

Why are people surprised?

If I wanted to use Piaget’s Theory of Cognitive Development to assess the attitude of the majority of the adult world, especially in this time of Covid-19, most people would fall in the pre-occupational stage. This developmental stage represents children who are about 2-7 years old. Children in this stage act as though the world revolves around them and, exhibit behaviors in line with the proverb “out of sight, out of mind”.

White people believe that race is not part of how the world is divided anymore. They don’t see it anymore in restaurants or cinemas as people used to in the southern United States or South Africa. People of color have the same entrance now to public places, and they don’t see apartheid as clearly as it was historically.

But those examples of white supremacy heritage—the division and allotting inferior resources to people who are not white—are still ruling the world. How they manifest themselves has changed, but they are still operating.

For example, seventy-nine percent of African Americans had health coverage in 2009 compared to 88% of white Americans. (Russell, 2010)

In another example from China, in late January to mid-March in Guangzhou, local shops refused to provide service to black people as the percentage showed that 76% of the imported cases were from Africa. (Sun, 2020)

Regarding the white public reactions toward the French doctors suggesting Covid vaccines be tested on Africans: first, the responses were inadequate. I think white people need to start acting proactively instead of reactively toward racism. But the doctors’ comments did not come out of the blue; it is a common practice by big pharmaceutical companies to maneuver around the ethics and regulations for financial reasons and not only in the face of COVID-19. In 2005, 40% of medical trials happened in developing countries. Africa attracts pharmaceutical trials for several reasons, including low access to quality healthcare, epidemiological transition, a fast-growing population, a rising middle class, and rapid economic growth. (WEMOS, 2017)

The time has come for everyone to rise-up and begin thinking and acting in proactive ways—not only against racism but against all types of oppression that divide the world based on absurd reasons.