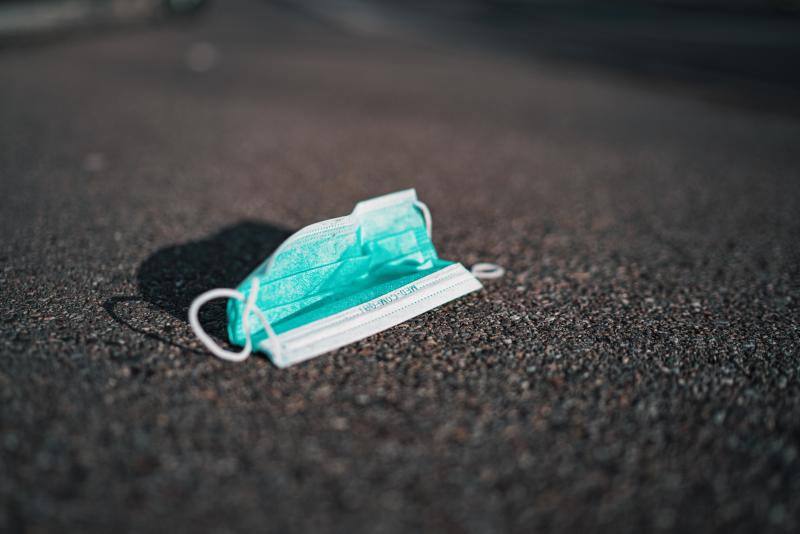 An Australian friend told me the other day that a strong case of nostalgia is floating about at the moment. As the coronavirus pandemic and lockdown continue, it seems many of us here in Australia are forced to reflect on our lives—one of the casualties of time alone.

Those of us dreaming of a new world have a sense of hope. Maybe all this time to reflect will cause people to see the problems in the world and make positive changes for peace in their relationships and on a global scale. Maybe they will see the inequality in government actions and global capitalism and insist on change.

Lockdowns stopped what governments considered “non-essential” work. Here in Australia, that included things like community social spaces, food vans, public libraries, and even selling the Big Issue, a street newspaper. The authorities are arresting protesters and levying hefty fines against them, even though the protesters are practicing social distancing. Meanwhile, the government keeps the mines and military up and running. New surveillance apps are being introduced and the Australian government agreed to 3000 U.S. troops arriving in Darwin, despite the continuing high rates of coronavirus transmission in the USA.

Meanwhile, in Iraqi Kurdistan, it has been much the same situation. The government has enacted lockdowns to ensure safety for civilians but they are also using this crisis. The Kurdistan Regional Government began covertly building a military base in Warte, and arresting journalists and civil activists who opposed its efforts. The lockdown has forced people with limited financial resources into further poverty. Families who usually survive on the income they make day to day were forced to stop their jobs. One of my teammates in Kurdistan told me how their neighbors, a Syrian refugee family, had knocked on their family’s door and explained how the lockdown had left them without money for food or heating. This family is certainly not an isolated case.  As the protestors in Lebanon cried, “I would rather die of coronavirus than starvation.”

For a second there were some hopeful indicators. Carbon emissions plummeted, and we saw proof that governments had the ability to tackle climate change, if not the willpower. Business as usual was halting and it looked like that business might include military operations. When the lockdowns began, U.N. Secretary-General Antonio Guterres called on governments and armed groups, “The fury of the virus illustrates the folly of war. It is time to put the armed conflict on lockdown…Put aside mistrust and animosity. Silence the guns; stop the artillery; end the airstrikes. End the sickness of war and fight the disease that is ravaging our world. That is what our human family needs, now more than ever.” But despite some rhetoric from groups such as Hezbollah, most militaries and armed groups act exempt from lockdown measures. Our partners in the mountains of Iraqi Kurdistan continue to face the threat of regular cross-border bombing, only now it is exacerbated by fears of the virus and the impact on the lockdown on their food sources and access to medical care.

These fears are so different from the ones in Australia that had people panic-buying toilet paper, hoarding flour, and fighting in supermarkets. In Kurdistan, the shops on our street remained fully stocked and people calmly chatted as they bought what they needed. I asked one of my Kurdish teammates about it, and he told me how his family had been part of the exodus to Iran when Saddam Hussein’s army was fighting and killing the Kurdish people. Thousands of people died during that time from exposure and starvation. His family journeyed into the mountains with as much as they could carry, and no idea if they would survive. Another teammate told me once about the effect of the sanctions on Iraq, and how his family mixed sawdust with their flour to fill out their meals. Meanwhile, in countries where roughly 1/3 of our food is wasted, the myth of scarcity has permeated western society. While people in Australia, Kurdistan, and around the world go hungry, capitalism encourages supermarkets to bin perfectly good food and for all of us to hoard unnecessarily what is left. Growing numbers of people in Australia are living by themselves, not only increasing the number of goods stored and consumed per capita but leading to the pervasive loneliness exacerbated by the COVID-19 lockdown.

The Kurdistan Regional Government was congratulated by the World Health Organization for how effectively they imposed the lockdown. In our seven-hour trip to the airport in Erbil (usually three hours away) we drove through 12 checkpoints put in place to limit coronavirus transmission. In Australia, the government funded my compulsory quarantine in a hotel. These measures have worked.  Coronavirus cases are down and many people have done great things in this crisis but militaries—in most cases—remained exempt from lockdown measures. This exception has highlighted the sacred space the military occupies within decisions of governance, and the suffering that distinction causes for people like our partners in the mountains who continue to be bombed.