STATEMENT REGARDING ATTACKS AGAINST MI’KMAW LOBSTER FISHERS IN NOVA SCOTIA 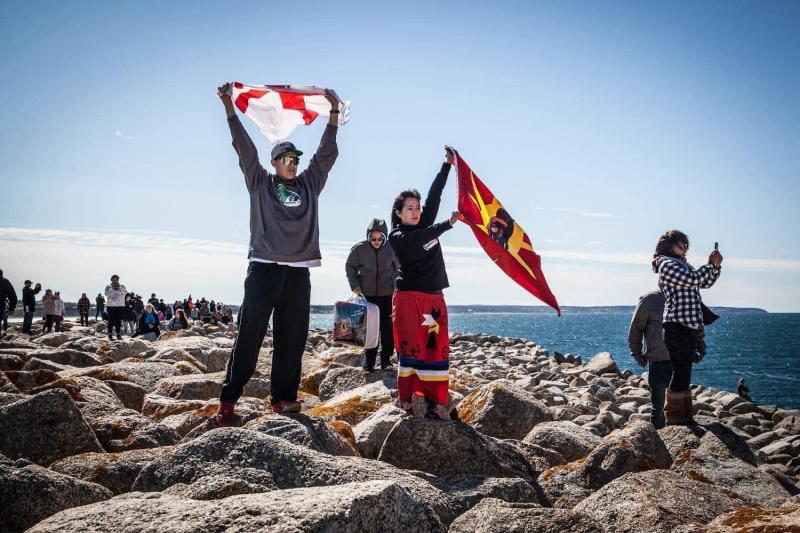 Christian Peacemaker Teams condemns the violation of treaty rights and recent attacks against the lobster fishers of Sipekne’katik First Nation in Nova Scotia. Twenty years ago, Christian Peacemaker Teams stood on the shores of Esgenoôpetitj (Burnt Church), documenting the treaty and human rights violations carried out by the Department of Fisheries and Oceans (DFO), the Royal Canadian Mounted Police (RCMP), and non-Indigenous boaters. Twenty years later, history repeats itself, as Mi’kmaw lobster fishers in Nova Scotia experience attacks and violence as they enact their treaty rights.

According to the Peace and Friendship Treaty of 1752, the Mi’kmaq “shall not be hindered from, but have free liberty of Hunting and Fishing…” and “have free liberty to bring for Sale to Halifax or any other Settlement within this Province, skins, feathers, fowl, fish or any other thing they shall have to sell, where they shall have liberty to dispose thereof to the best advantage” (Art. 4).

The Supreme Court of Canada’s Marshall Decision in 1999 reinforced the Mi’kmaw people’s right to fish and delineated the right to earn a “moderate livelihood” from fishing, hunting and gathering. Formal negotiations between the DFO and the Mi’kmaq about the implementation of the Marshall decision have been stalled for years as lawyers wrangle over the definition of “moderate livelihood.” The Sipekne’katik band and other Mi’kmaw communities have since developed their own management plans for a sustainable fishery.

The non-Indigenous protesters and fishers are claiming that allowing the Mi’kmaq to fish is an issue of conservation. This paternalistic accusation disregards Mi’kmaq knowledge of the ecosystem and the research behind the community’s management plan, not to mention the simple fact that the DFO has found lobster stocks to be “very healthy.” The Indigenous fishery operates at a tiny fraction of the commercial fishery scale, making commercial fishers’ objections seem disingenuous. Instead, these accusations and assaults are rooted in a long history of colonial racism, violence, and entitlement.

As an organization committed to peace and human rights, we demand that the DFO and the RCMP prevent the attacks by non-Indigenous protesters and fishers against the Mi’kmaw lobster fishers. As long as these attacks occur, the DFO and RCMP are in violation of their treaty responsibilities, which should be of concern to the federal government. We demand: