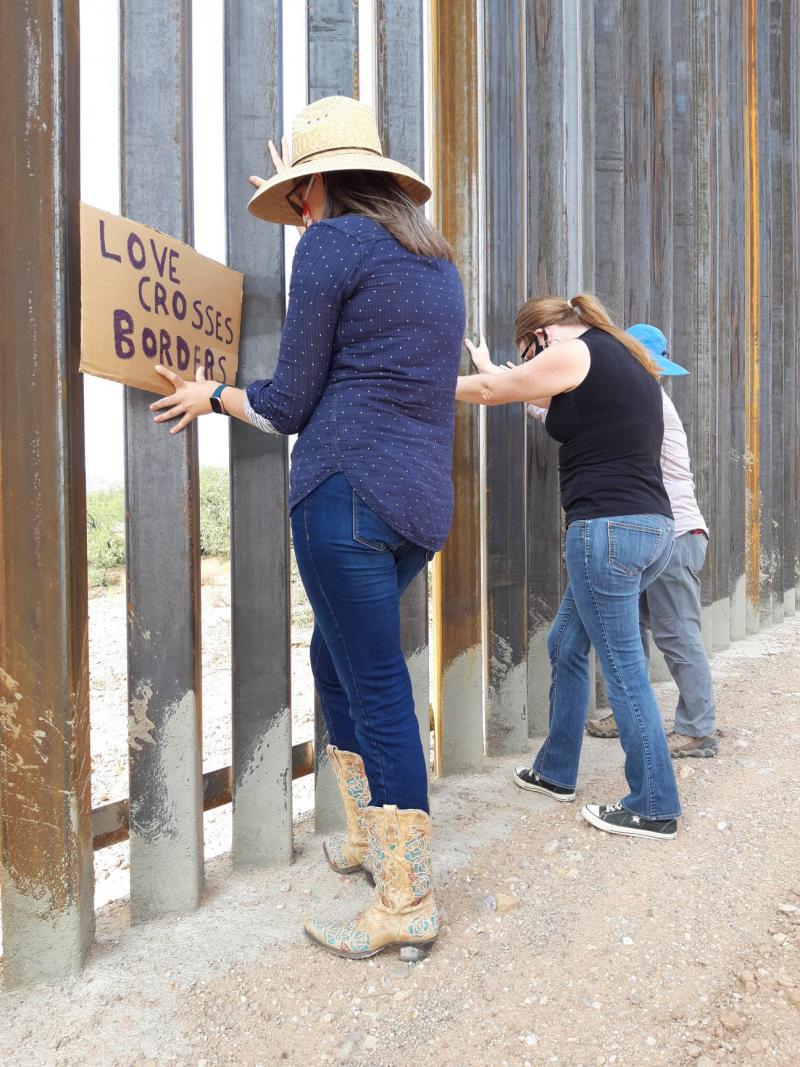 Our prayers in these days are not only that the border wall come down, but also the walls within our hearts and minds that make such horrific, lethal architecture possible.

A week-long series of spiritual gatherings began on 14 September outside Sasabe, Arizona/Sonora, Mexico. The event, “Resist The Wall: Strengthen The Spirit Resisting Border Violence Through Interfaith Action” was organized by residents of the area and took place daily within 100 yards of the 30′ wall going up doubling the size of the original wall in the Buenos Aires National Wildlife Refuge.

On the morning of the first day shortly before worship, US Border Patrol agents apprehended five people seeking refuge in the US and recently a very dehydrated 5-year-old girl was found wandering alone in the same vicinity.

CPTer John Heid clerked a Quaker Meeting for Worship, prefaced with Mahatma Gandhi’s words: “Mute prayer is my most powerful weapon” while two dozen people circled in folded chairs and a cacophony of heavy machinery roaring behind them. Services throughout the rest of the week were conducted by members of the Buddhist, Unitarian Universalist and Jewish communities.