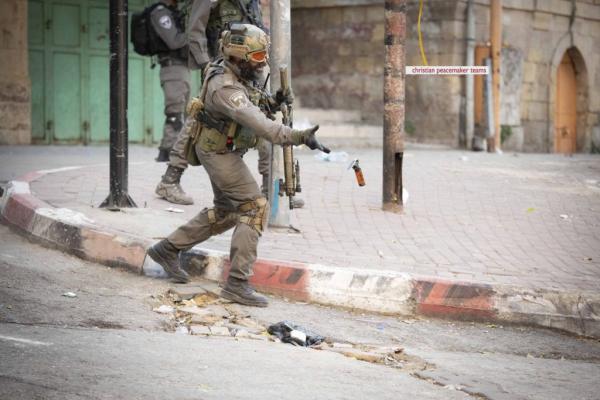 “How was I supposed to think about a world where the life of a Palestinian is utterly disposable?”

When millions of people are in an open struggle for freedom, the world takes notice. The Green Movement in Iran, the Arab Spring, the Maidan in Ukraine, are just some of the recent challenges to authoritarianism that have drawn global admiration—and headlines. Now it is Hong Kong’s turn.

On 1 October, during one of Hong Kong’s massive demonstrations, a protester was hit in the chest by a live round of ammunition, and 4 October, another live round hit a demonstrator’s leg. The world’s press noted both of these developments. Fortunately, both victims lived. The story turned tragic on 8 November with the death of student Chow Tsz-Lok, who sustained fatal brain injuries in a fall near a police action. The Washington Post headline: “Student’s death plunges Hong Kong into night of grief and fury.” Since then, two more protesters have died from police violence.

In the U.S. Congress, the Hong Kong demonstrations sparked a bipartisan push for legislation to end the sale of crowd-control munitions to Hong Kong. The legislation was introduced by Senator Jeff Merkley, who said that the U.S. “should never be complicit in police violence against pro-democracy protests.”

“You can’t compare griefs,” goes the old saying. It takes absolutely nothing away from the struggle of the Hong Kong protesters to wonder aloud why a much bloodier struggle for similar goals in Palestine fails to attract the same level of sympathetic attention. In 2018, Israeli forces killed 289 Palestinians, most of whom were unarmed and not participating in hostilities against Israeli forces. In the first nine months of 2019, 89 more Palestinians were killed.

The glaring contrast with Hong Kong is this: The Israeli forces routinely violate the rules of discrimination and proportionality that their own regulations require. Too often they use live fire when their own lives are not in danger, and too often they fire indiscriminately. Certainly the Hong Kong demonstrators face strong police forces and, ultimately, the overwhelming might of the Chinese military. It takes admirable courage to persist despite the potential for a very repressive response. Nevertheless, even after we take into account the recent tragic deaths in Hong Kong, the contrast between the casualty level there and the casualty level in Palestine is dramatic. And as long as Israel faces no consequences for the use of live ammunition and dangerous “less lethal” munitions against unarmed Palestinians, why wouldn’t they continue to treat Palestinians as “utterly disposable”?

A key factor in Israeli impunity – also in contrast with Hong Kong – is world indifference. Comparing the press coverage of both places, that indifference is not surprising. The USA’s politicians, media executives, even sports teams have felt the need to respond to events in Hong Kong, but American governmental and corporate benevolence flows to Israel almost without comment in mainstream media.

About a year ago, https://416labs.com/blog published a detailed content analysis of headlines in five leading newspapers, from 1967 to 2017, relating to the Israeli occupation of Palestine. Israeli sources dominate coverage both in sheer quantity and in terms of positive rather than negative sentiment. Israel-centric headlines exceeded Palestine-centric headlines by a four-to-one margin.

Certain sectors of the American electorate accept a pro-Israel bias almost without question. For example, vice president Mike Pence gave a commencement address to this year’s Liberty University graduates. (Liberty University is the USA’s largest Christian institution of higher education.) Early in his speech, Pence reviews the achievements claimed by the Trump administration. For example:

We’ve been rebuilding our military, standing with our allies, and standing up to our enemies. And under this administration, if the world knows nothing else, the world knows this: America stands with Israel. (Applause.)

For the constituency Pence represents, Israel as a country exists in a category all its own, not subjected to the critical eye of Trump’s isolationist America-first presidency. Palestine is not simply a point of American neglect and ignorance. It’s worse than that: Palestine is to be regarded only through an Israeli lens. Palestinians, their rights, their reality, and their identity as a people, are to be systematically neutralized.

Palestinians themselves steadfastly refuse to accept Israel’s plans for them. There are small but encouraging signs that their persistence is affecting the current imbalance of media attention. First, the younger generation of Jewish Americans is far more critical of Israeli occupation policies than their elders. Second, the taboo among American politicians against criticizing Israel has been weakened by the willingness of three contenders for the Democratic presidential nomination – Warren, Sanders, and Buttigieg – to advocate placing conditions on USA military aid to Israel. Their mini-rebellion, mild as it is, has been widely covered in the mainstream press, which just might be the first tiny step toward a more balanced coverage of the occupation.

In the meantime, let’s ask Jeff Merkley, sponsor of the crowd-control munitions bill, and his co-sponsors, senators Cornyn, Markey, and Blackburn, whether their concern about police violence against pro-democracy protests extends beyond Hong Kong. 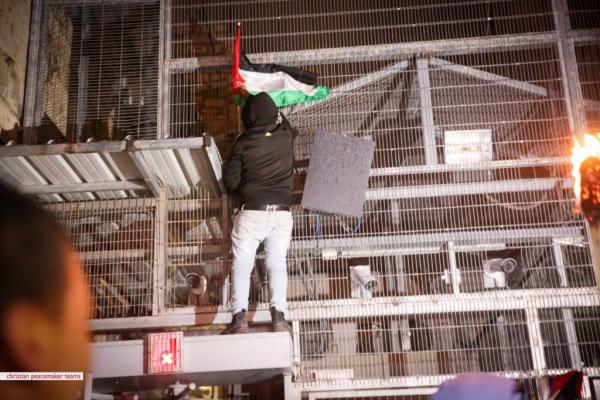