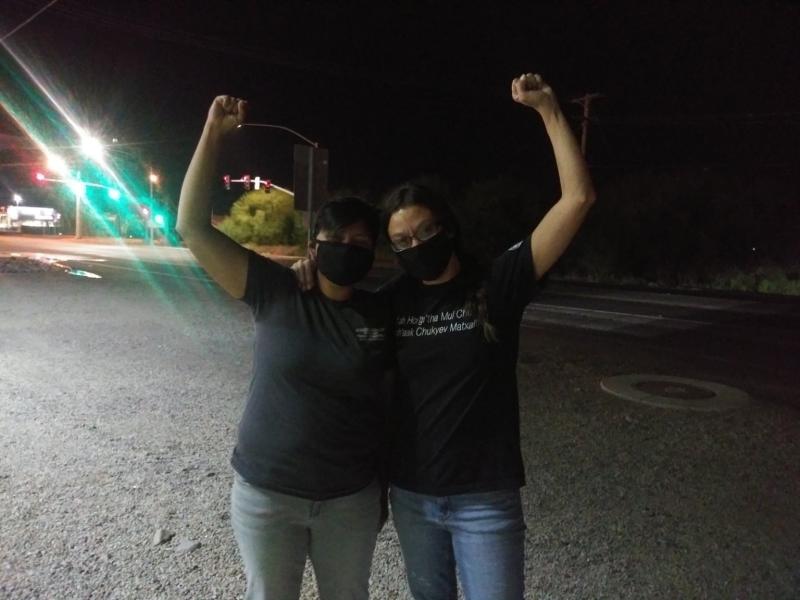 On 9 September 2020, Nellie Jo David and Amber Lee Ortega, Indigenous women of O’odham Jewed, took direct action to protect the sacred site of A’al Vappia/Quitobaquito Springs from destruction by the racist border wall. This action took place in Hia-Ced O’odham Jewed (O’odham Lands) near Ajo, Arizona, on lands that the United States of America claims as its own. They prayed for the land and water and put their bodies before the construction machines of death. The Border Patrol arrested the O’odham women and took them to Correction Corporation of America, a for-profit migrant prison in Florence, Arizona.  This facility is known to be a Covid-19 hotspot that denies prisoners medical care and where prison staff tortures them with freezing temperatures, sleep deprivation, malnutrition, over-crowding, theft & trafficking of children, and sexual and racial abuse by prison staff.

David and Ortega were charged with two misdemeanours, “Interfering with federal function” and “violation of a closure order.”  They were freed one day later after much pressure from the O’odham community and allies.

The struggle to protect the sacred site from destruction by the racist border wall continues. O’odham Anti Border Collective demands the following actions and suggests donor sites for solidarity:

“We denounce the settler colonial government for caging Native American sacred site protectors in for-profit immigrant prisons just as we denounce the profiting, incarceration, and torture of migrant peoples crossing O’odham Jewed (O’odham homelands). Our Indigenous struggles are interconnected with those of migrants and refugees through resistance to racism, colonialism, and imperialism. We denounce colonial violence against Indigenous women. We denounce the military occupation and destruction of sacred land and water.” 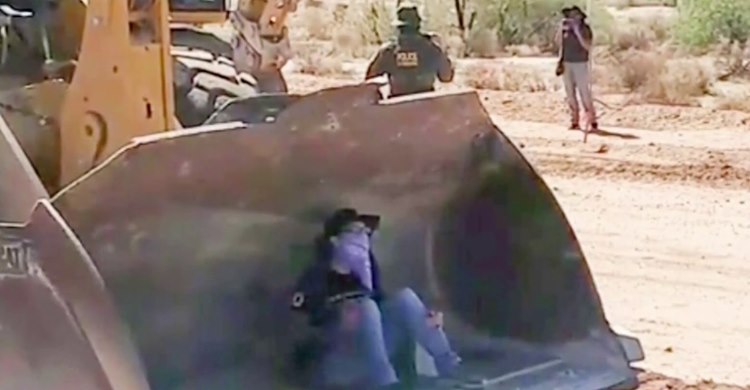 A water and land defender in action

Listen to a sacred site defender speak about heritage, colonial take over and the “wall of hate”