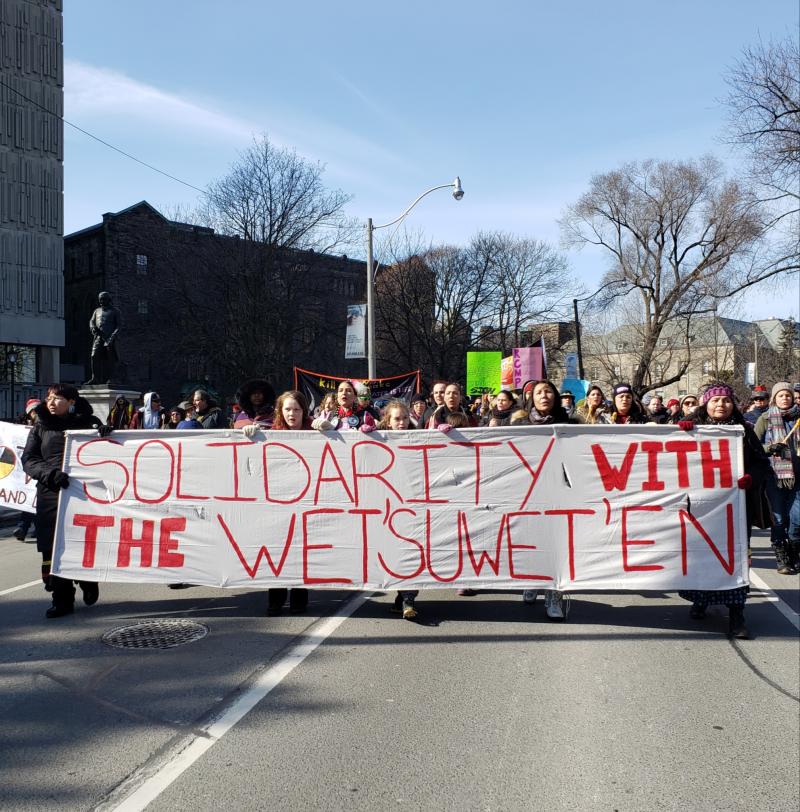 Please pray for Wet’suwet’en land defenders and their allies in the lands known as Canada. For years, Wet’suwet’en hereditary chiefs have led nonviolent resistance to the construction of oil and gas pipelines across their unceded land, which lies between the Alberta tar sands and the port of Kitimat on the west coast. The proposed pipelines would allow for the expansion of the Alberta tar sands, already considered the largest and most destructive industrial project in the world.

Between 6 and 10 February, militarized police invaded Wet’suwet’en territory with helicopters, automatic weapons, and attack dogs, and arrested Indigenous land defenders and their allies. Those arrested included Wet’suwet’en clan matriarchs, leaders from other First Nations, and CPTers present as legal observers. Journalists were detained and prevented from filming the arrests. Immediately after the invasion, contractors from Coastal GasLink began pipeline construction work.

Since then, allies across Canada have taken action in solidarity. The Mohawk communities of Tyendinaga and Kahnawake have blocked major rail lines for two weeks. Other groups have held rallies and direct actions, including several brief rail blockades. On 24 February police violently raided the blockade at Tyendinaga, and have since arrested people at other direct actions as well. CPTers have accompanied land defenders at Tyendinaga and participated in direct actions elsewhere.